These small group studies of Malachi contain outlines, cross-references, Bible study discussion questions, and applications.  Visit our library of inductive Bible studies for more in depth inductive studies on this and other books of the Bible you can use in your small group.

1. Then those who feared the Lord spoke together – Much of this book has been rebukes aimed at the wicked and warnings about future judgment. The nation as a whole was not honoring the Lord from their hearts, but instead hypocritically practicing external rituals without the proper motivation. But not every person in the nation was like that. There were some who genuinely feared the Lord. These people talked together after they heard some of Malachi’s message.

While this verse doesn’t specifically mention what they talked about, we can make a reasonable guess based on the context. In the following verses God wants to reassure the people of His love and care for them and to tell them that they will not be judged together with the wicked. Therefore it is likely that the righteous people feared God’s judgment might include them and they would be swept away along with the wicked.

We can learn an important lesson from this. Though a nation as a whole may turn away from God, many times a remnant of faithful believers remains. Nowadays we see many Western countries where the majority of people are turning away from the Lord. Even so, these countries still have a remnant of people left who genuinely fear the Lord. Thus we can always remember God’s command in Exodus 23:2 to “not follow a crowd to do evil.”

2. The Lord gave attention and heard it – Here is a word of comfort for those who feared the Lord both then and now. God has not forgotten you. God has not abandoned you. God will not judge you for the sins of your neighbor. No matter how dark it gets, He still sees you. No matter how confused things are around you, He still hears you.

In this passage we learn that a book of remembrance was written for those who fear the Lord. It is likely that their names and even their deeds were recorded in this book as a guarantee that God would never forget them. This concept is similar to that in the book of Esther where we learn that the king was reading a similar book on a sleepless night and was reminded of what Mordecai had done for the kingdom. God is omniscient and never forgets. Yet to our minds the book of remembrance is an added assurance that we are valued in God’s sight and that nothing we do for Him will be forgotten.

3. They will be Mine – Here is another added comfort for the people. God viewed them as His own. They were His people. He would take care of them just as a father takes care of a son. He was going to spare them, not judge them.

4. Righteous distinguished from the wicked – Throughout the Bible we see that God does indeed distinguish between the two. He took pleasure in Abel’s sacrifice, but not Cain’s. He saved Noah and his family, but not the rest of the world. He saved Lot and his family after Abraham argued with God about the morals of sweeping away the righteous together with the wicked. He made a distinction between the Jews and the Egyptians when sending the plagues in Exodus. He blessed David while cursing Saul. The list goes on and on.

It wouldn’t be accurate to say that God always saves the righteous from troubles in the world, but history certainly shows that He treats the two groups differently. And of course we know that finally whatever happens on earth, the wicked will be punished while the righteous (made so by Him) will be spared.

Going back to verse fourteen, we see the question about “what profit” there is in serving God. Here at the end of this chapter we see that there is indeed a great profit in serving God. If we believe and follow Him we will receive His mercy instead of His judgment.

Revelation 11:1-3 – I was given a reed like a measuring rod and was told, “Go and measure the temple of God and the altar, with its worshipers. But exclude the outer court; do not measure it, because it has been given to the Gentiles. They will trample on the holy city for 42 months. And I will appoint my two witnesses, and they will prophesy for 1,260 days, clothed in sackcloth.”

Sinful people think that God is far away and that they will never be caught or punished for their sins. But their fate is certain. Though they do not see God, He is there nonetheless. His holiness demands that their sinful deeds be punished.

2. The sun of righteousness will rise on those who fear Him – Once again we see the distinction between how God treats the righteous and the wicked. Would you rather be one of the people in verse 2 or verse 1? Obviously verse 2 sounds a lot better. And yet many people, even many people who have been taught about God and about His judgment, still continue doing evil. Why?

3. Remember the law – How should the Jews react to what they were taught in verses 1-3? How should they apply it to their lives? In this case they are given the clear answer, “Remember the law of Moses.” God had already given them the entire framework for how they were to live their lives. Everything they needed to know for how they should live, God had already told them.

In fact, Malachi and the other prophets were not giving them new information so much as reminding them of the importance of obeying what God had already taught them. For each generation, God reveals to them what they need to know in order to live their life as He wants them to. Ignorance is not nor has ever been a good excuse. 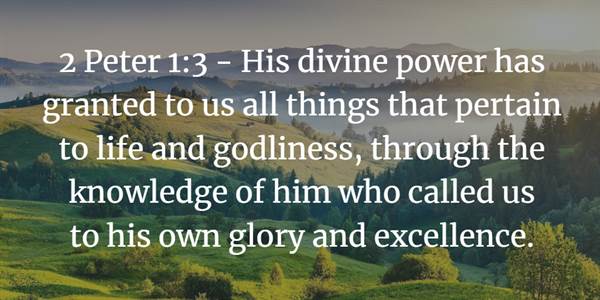 His Word tells us everything we need to know to live a godly life. And this is why I prefer to spend most of my study time on the Bible directly instead of other books about the Bible. The Bible is already enough.

4. I am going to send you Elijah the prophet – Many scholars believe that Elijah will return to earth as one of the two witnesses mentioned in Revelation 11:1-3. Some believe that Enoch will be the other. Part of the rationale for this is that both were taken to heaven without experiencing death, leading some to believe that God’s work for them on earth was not finished and they will come again to fulfill this work prior to dying.

Hebrews 9:27 says “just as man is destined to die once…” While this makes logical sense, one could argue that this prophecy was fulfilled figuratively in John the Baptist who was a type of Elijah.

I tend to agree with those who think that Elijah and Enoch are the two witnesses in Revelation 11, but it is speculation.

Regardless, this point is not worth arguing over. The main point is that God cares enough about His chosen people to send spirit-filled prophets to them. Even though most of the prophets were rejected and persecuted, God will not discontinue this practice. Even at the very end before Jesus’ second coming and the millennial kingdom, He will once again give people another chance to repent.

Thus in this prophecy we see God’s great mercy. His patience is very great indeed. He gives us chance after chance after chance, long after we don’t deserve any more chances. We see that God is not rash. We see that He is not easily angered. He doesn’t forget His promises. He cares so much for us that He tries again and again to reach our hearts so that we will repent and turn to Him. What a merciful God we serve! 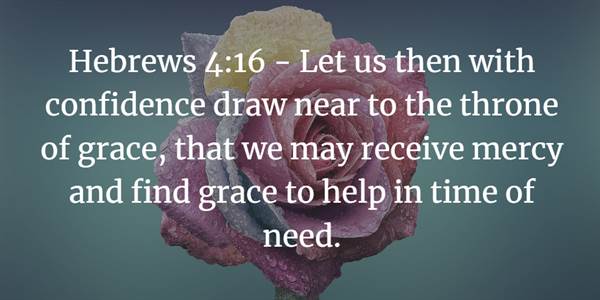 5. He will restore the hearts of the children to their fathers – This prophet, Elijah, will restore the hearts of the people. Mentioning the word “heart” shows that the repentance shown is indeed sincere. Heart change is real change. And this heart change will bring about a great many changes in their lives, including restored family relationships. When we truly turn to God our entire lives will be transformed. If our lives are not transformed, we have to ask the question, have our hearts really changed?