Revelation 10 Bible Study – The Mighty Angel and the Little Scroll

Daniel 12:1-9 – This passage contains a similar encounter between Daniel and a mighty angel who asks him to seal up some of the contents of what he has seen.

Psalms 18:13 – The LORD also thundered in the heavens, and the Most High uttered his voice, hailstones and coals of fire.

Revelation 4:5 – From the throne came flashes of lightning, and rumblings and peals of thunder, and before the throne were burning seven torches of fire, which are the seven spirits of God.

1. The interlude – In this chapter there is an interlude between the 6th and 7th trumpet judgments. The 5th, 6th, and 7th trumpets were described as three terrible woes. The first two were unleashed already and contained terrible demonic attacks directly against unsealed people. The 7th trumpet will contain all of the bowl judgments, which escalate in intensity from what we have seen so far.

Here is another “calm before the storm” moment similar to the one between the 6th and 7th seals when there was about half an hour of silence in heaven (Revelation 8:1).

2. Another mighty angel – The identity of this angel is not given. However, it is distinct from many of the other angels. More time and effort is given to describing this angel. It is evident that he is very powerful. He has a rainbow over his head. His face is like the sun. And his legs are like pillars of fire.

These descriptions (especially regarding his face and legs) are similar to the descriptions of Jesus in Revelation 1. And no other place in Scripture can we see so many and clear descriptions of an angel. This has led some to conclude that this is Jesus.

But John describes this being as “another mighty angel.” (See Revelation 5:2) It is hardly a description you would expect for Jesus, the Son of God. He is not “another” anything. He is altogether unique. Jesus is different from and greater than angels (Hebrews 1). If the author wanted us to know this was Christ, he would not have called this being an angel.

Most likely this is one of the highest angels in God’s created order, perhaps Michael, though we cannot be sure. Also, the meaning of “Gabriel” is “Mighty One.”

The way he is described shows that this angel comes directly from the presence of God. He is on a divine mission and carries divine authority.

3. The rainbow – It was established to show God’s covenant with his people, that he would never again destroy the world by water. Here it seems to show that God is going to finally judge the world again (though in keeping His promise, not with water). The time He waited from Genesis 6 until this point in history shows us His remarkable patience.

4. He had a little scroll open in his hand – It is an interesting picture. On the one hand you have a towering angel so large he can simultaneously stand on sea and land. And in his massive hands is a little scroll.

The contrast there reminds us how much power is packed into the written word of God. God’s words can be written on something very small. At the same time His words are powerful and change the course of history and the universe.

We cannot be sure what the little scroll is. It could be the same scroll mentioned in Revelation 5:1. It could also contain something in God’s plan that He was about to enact between the sixth and seventh trumpets.

5. The seven thunders – In the Bible, thunder is often a reference to God’s voice, which comes forth like thunder from the heavens. And seven is the number representing God. Thus it seems that when this angel calls out, God Himself answers from heaven with His thundering voice. 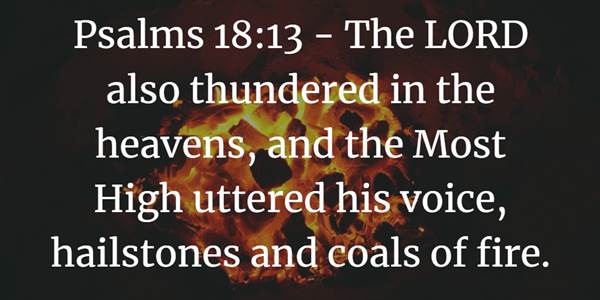 Alternatively, it could be that the seven thunders represent seven mystery judgments (hence the fact that John was commanded to seal up what he had witnessed).

6. Seal up what the seven thunders have said – Revelation 10 is a very mysterious chapter. Something remarkable and amazing is happening, evidenced by the fact that God revealed it to John. At the same time, we don’t know what that is.

Basically in this chapter God says, “I am going to do something amazing, but I am not going to tell you what that is.”

Reflect: What is the purpose of that?

Though it may seem odd to us, when we consider this we can learn some important lessons.

A. God’s plans (past, present, and future) are far more than we will ever know. We only know a very small fraction about God and about what He is doing. Just because we cannot see God at work does not mean that He is not.

B. Knowing that should make us humble. It is easy for people to become prideful and judge God based on what they think He is, is not, or should be doing. Why doesn’t God send a missionary to that lost tribe in South America? Why does God let corrupt politicians get re-elected?

God simply does not tell us everything He is doing. We know what we need to know.

We could spend a lot of time speculating on things like the identity of the angel, the contents of the little book, the message revealed by the seven thunders, or the way we will pass our time once we get to heaven. The fact is, none of these things are important for us to know right now. 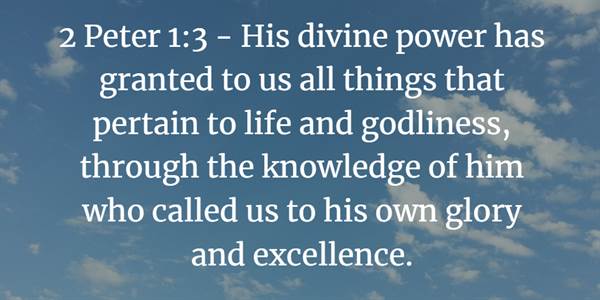 If the Bible does not speak on issue, we need not spend lots of time speculating about it. Firstly, we will never come to the answer through such speculation (since we can only know truth that God has revealed). Secondly, it is not necessary for us to know it. If it was, He would have told it to us.

Application: Redirect the energy and time you spend speculating/researching on unanswerable questions to learning and applying the clearly taught truths in Scripture.

Leviticus 19:12 – You shall not swear by my name falsely, and so profane the name of your God: I am the Lord.

Habakkuk 2:3 – For still the vision awaits its appointed time; it hastens to the end—it will not lie. If it seems slow, wait for it; it will surely come; it will not delay.

1. The angel swears by God – In the Scriptures, swearing is a very serious thing. In many places we are warned not to swear lightly or rashly, but to think through it very carefully before making promises. This solemn oath shows that the angel means what he says.

2. There will be no more delay – It seems that this angel is somehow tasked with bringing about the next stage in God’s plan for the world. Then next judgments would begin after the seventh trumpet is blown and the bowl judgments are poured out upon the earth.

Since he is tasked by God, the angel means business. He is quickly going to set God’s plans into motion. Throughout the book of Revelation we see that once it is God’s time to act, He is swift. Most of the cataclysmic world events in Revelation would be the story of the century or the millennium even by themselves. And we see over a score of them happen in only a seven year period.

2 Peter 3:9-10 – The Lord is not slow to fulfill his promise as some count slowness, but is patient toward you, not wishing that any should perish, but that all should reach repentance. But the day of the Lord will come like a thief, and then the heavens will pass away with a roar, and the heavenly bodies will be burned up and dissolved, and the earth and the works that are done on it will be exposed.

God is not slow as we consider it. Rather now we see His patience.

Application: Do not mistake God’s patience for indecision. Neither should you look at the world and think, “Jesus is not coming. Everything is the same every day.” When it is time, His end time plans will happen swiftly. If a fire breaks out in your home it is too late to go buy a fire hydrant. The time to do that is before the fire comes. And the time to come to Christ is now. Don’t wait until it is too late.

3. Just as He announced to His servants the prophets – God graciously reveals to us what we need to know about what He is going to do so that we can be ready. 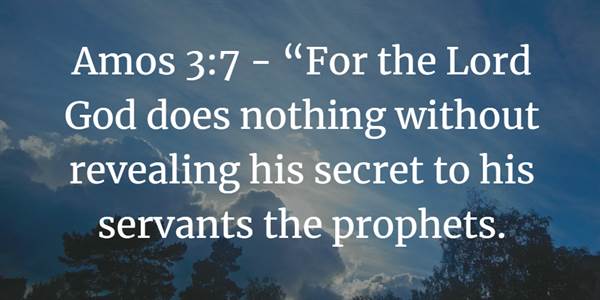 Ezekiel 3:3 – And he said to me, “Son of man, feed your belly with this scroll that I give you and fill your stomach with it.” Then I ate it, and it was in my mouth as sweet as honey.

Matthew 5:6 – “Blessed are those who hunger and thirst for righteousness, for they shall be satisfied.

Matthew 4:4 – But he answered, “It is written, “‘Man shall not live by bread alone, but by every word that comes from the mouth of God.’”

It is not the only place in Scripture where such an instruction is given (Ezekiel 3:3). It reminds us that man does not live on bread alone (Matthew 4:4). God’s words are food for our souls. We are to consume His words. When we meditate on them, we are changed from the inside out.

In John’s case, eating the scroll allowed him to physically taste how the contents would affect people.

2. It will make your stomach bitter, but in your mouth it will be sweet – When John ate the scroll he found that this was the case. Hearing God’s words is a great blessing. Prophecy is attractive in that we can know the future. And most people are very interested in knowing the future. If you ask someone, “do you want to know the future?” they will probably answer affirmatively.

In this case, though, they warned of doom to come. Judgment and wrath was coming upon the world. Revelation is hard pill to swallow in some ways. Billions of souls are lost due to their continued rebellion against God. It would be disaster for the unbeliever and extremely painful for believers (many of whom would be martyred.)

3. You must again prophesy – Many of the prophesies are hard (bitter). But nonetheless they were necessary. Knowing the judgment to come could encourage people to seek His mercy now. 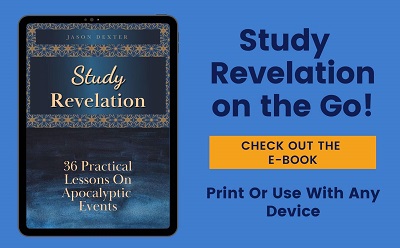