These small group studies of Ezra contain outlines, cross-references, Bible study discussion questions, teaching points, and applications.  Visit our library of inductive Bible studies for more in depth inductive studies on this and other books of the Bible you can use in your small group.

Psalm 112:1 – Praise the Lord. Blessed are those who fear the Lord, who find great delight in his commands.

Exodus 23:22 – If you listen carefully to what he says and do all that I say, I will be an enemy to your enemies and will oppose those who oppose you.

Joshua 22:5 – But be very careful to keep the commandment and the law that Moses the servant of the Lord gave you: to love the Lord your God, to walk in obedience to him, to keep his commands, to hold fast to him and to serve him with all your heart and with all your soul.

1. We see that in the book of Ezra large sections are composed of genealogies, royal edicts, decrees, and official letters to and from the king. Why? At first glance these seem a little bit boring. It may be hard to find a lot of spiritual significance from the official correspondence of politicians. In like manner it can be difficult to find a lot of applications from these sections so we may be tempted to feel they are insignificant or even question why they were included.

However, it is sections just like these that go a long way to helping us verify the history of the Bible. They remind us that the Bible was not written in a vacuum. It instead describes real history, people, places, and events. These people faced everyday problems and everyday decisions just like we do. If the Bible is not based in real life events then it would be just a mythical book. As a mythical book, it would lose its power. When you feel it is burdensome or difficult to read so many long names and wonder why God included them, remember this. Many of these kings like Cyrus, Artaxerxes, etc. are verified in other historical sources, which is yet more evidence that the Bible in its entirety is true.

2. King Darius wisely decided to research this issue and get to the heart of the matter. In the process of his research, he found that Cyrus had issued a royal decree and that he had given permission to rebuild the temple in addition to financial aid and the spoils which Nebuchadnezzar had taken from Jerusalem when he conquered it. The Empire was organized and these types of decrees and laws were evidently saved in an archive for future reference.

3. Darius then gave instructions to Tattenai. He honored the decree by Cyrus, upholding it. But he didn’t just uphold it, he went above and beyond its original scope.
What additions did he make?

He said the full cost should be paid without delay. But in addition to the full cost, he also commanded that all kinds of animals, as well as wheat, salt, wine, oil, and whatever is needed be provided. Not only this, but those who didn’t obey this decree were to be violently killed. This strong support from the king enabled the people to finish building the temple without the fear of what their enemies would do to them.

But remember that they had already started rebuilding the temple in chapter 5 and were willing to put their own necks on the line (by giving their names to Tattenai who sent them to Darius). God honored their obedience by giving them grace in the eyes of the leader who made policies that were favorable to them.

4. Notice that Darius also asks them to pray for him and his family. This is a reminder for us to pray for governments and authorities.

Do you think you complain more about your government or pray for its leaders? 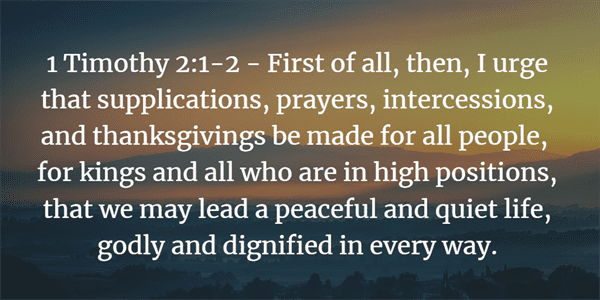 Proverbs 21:1- In the Lord’s hand the king’s heart is a stream of water that he channels toward all who please him.

Proverbs 16:1 – To humans belong the plans of the heart, but from the Lord comes the proper answer of the tongue.

Isaiah 10:5-7 – Woe to the Assyrian, the rod of my anger, in whose hand is the club of my wrath! I send him against a godless nation, I dispatch him against a people who anger me, to seize loot and snatch plunder,  and to trample them down like mud in the streets. But this is not what he intends,
this is not what he has in mind; his purpose is to destroy, to put an end to many nations.

1. The people were successful in building the temple. When they were lazy and struggling, God sent the prophets, Haggai and Zechariah, to encourage them. Through their encouragement the people repented and finished the job. Finishing is a lot harder than starting. Through perseverance and God’s blessing, they did it. Remember that when God gives you a mission, there will almost surely be obstacles and adversity, but God will also provide the resources and strength you need to do what He has asked. Only persevere and do not give up.

Can anyone share an example of facing obstacles to a task God wanted you to accomplish? Is anyone facing any obstacles now? Spend some time to encourage and pray for one another.

2. Notice that in the list of monarchs in verse 14 God comes first, in front of these historic and great kings, reminding us that God’s command is the foundation and the priority. His command is far more important than the commands of anyone else. Those kings gave their decrees because God first gave His.

Picture God sitting on His throne in heaven. He issues a command from His throne which is passed through the prophets to His people. At the same time, He sends out angels to influence the kings to give favorable policies. These angels likely meet adversity in the form of demons also trying to exert influence on the kings (see Daniel). Of course God is victorious. His decree cannot be resisted. What He has said will come to pass.

1 Chronicles 16:33 – Let the trees of the forest sing, let them sing for joy before the Lord, for he comes to judge the earth.

Psalm 81:1 – Sing for joy to God our strength; shout aloud to the God of Jacob!

Psalm 95:1-2 – Come, let us sing for joy to the Lord; let us shout aloud to the Rock of our salvation. Let us come before him with thanksgiving and extol him with music and song.

Psalm 96:12 – Let the fields be jubilant, and everything in them; let all the trees of the forest sing for joy.

1. When the people finished they celebrated with joy! They did it! It wasn’t easy. There was adversity from without and from within. With encouragement and strength from God they were able to finally persevere and finish the task and they were excited about it! And why not? Doing what is right makes us happy. Joy does not come from having a lot of things. It does not come from having a lot of power. It comes from having a right relationship with God.
We feel joyful when we love God and obey Him. When we sin we fell guilty and regret. This is another incentive to serve God. The chief end of man is said to be to “glorify God and enjoy Him forever.” We do get joy from glorifying God. It is a win-win! A side point is that perhaps if you are depressed, it is because of some sin in your life which you have not repented of and dealt with. 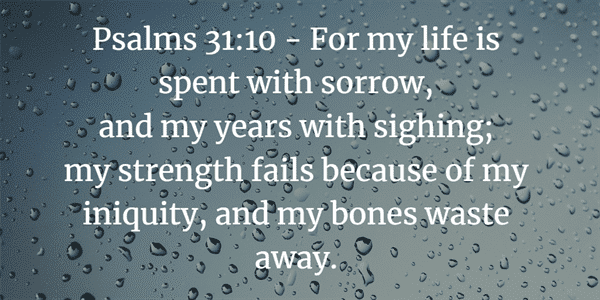 2. The people were determined to serve God faithfully this time around. When they finished the temple they dedicated it to God. This would be a place where God would be praised and worshiped and where the people could come together to confess their sin. They followed the law of Moses to the letter in appointing the divisions for the priestly labor.

3. We see in these verses that celebration is a biblical concept. There are many times to celebrate. Christians do not just go along living boring, dull lives. We have much more to celebrate than those who don’t know God. What kind of things should we as Christians celebrate? How should we celebrate?

IV. The Passover is celebrated and the people rejoice (19-22)

Matthew 5:24 – Leave your gift there in front of the altar. First go and be reconciled to them; then come and offer your gift.

1. We see here that the people are serving God faithfully like they are doing back in chapter 3. Festivals of remembrance for God’s providence in their history are being celebrated which hadn’t been celebrated in centuries. As the people come together in unity to follow God you can just feel the momentum this creates as a movement of revival sweeps through the land changing the entire community. This is what can happen when sin is confessed and people listen to the message they hear from God and OBEY IT! Obedience brings joy, success, changed lives and changed communities.

2. Before the Passover, the Levites and priests purified themselves. Confessing sin was actually more important than the sacrifices. See Matthew 5:24. We should regularly evaluate our own lives and purify ourselves by confessing our sins to the Lord.

3. In verse 21 we can see that not only Jews joined this Passover but neighbors from the surrounding countries joined them to seek the Lord. These were proselytes who recognized that YHWH was the only true God. They separated themselves from the idol worship and evil practices of their own peoples and joined the Jews to seek following after God. We learn two things from this. Firstly, we learn that Gentiles in the Old Testament could be saved.
When the Jews were serving God this was a witness to the surrounding nations and this testimony sometimes drew unbelievers from around them to turn to God. But we see that these people were committed. Instead of just adding God to their existing religions (like the Samaritans were doing), they rejected their idols and sought after the Lord. It doesn’t do any good to “win” someone to Christ if they do not reject the lie that they have been following.

4. In verse 22, we learn more about joy. The source of it is God. The Lord caused them to rejoice. Joy doesn’t come by making up your mind to be happy. Many discouraged and depressed people smile while they are at work. Waiters smile at their customers. Customer service agents give pleasant greetings. Teachers temporarily set aside their difficulties and smile and laugh with their students. However, this is not joy. It is a cover, a mask. And we all wear this mask often. If you find that you are wearing this mask, come to the Lord and ask Him to fill you with true joy.

5. In verse 22 we also see that God was directing the heart of the king to give them favor in His eyes. The story of Israel’s return to Jerusalem and rebuilding of the temple is primarily a story of God’s grace and His sovereign power. He kept His promises to them and made it happen. When the temple was finished, you could truly say that they didn’t build that. God did.