This small group Ezra 8 Bible study contains outlines, cross-references, Bible study discussion questions, verse by verse commentary, and applications.  Visit our library of inductive Bible studies for more in depth inductive studies on this and other books of the Bible you can use in your small group.

1. There are totally 1,496 men here in addition to those who are directly named. Since women and children are not named it is reasonable to assume a total number of 5,000-6,000. This is a much smaller group than the one that returned in Ezra chapter 1. Perhaps this is because the Jews scattered throughout the Persian kingdom were more scattered and also more engrained in their ways of life. With more time removed from their homeland, the distance between them and the homeland grew. This highlights the faith and obedience of this small group even more. Although most of the Jews were unwilling to return, this small group were willing to face any kinds of adversity and obstacles because of their faith in and obedience to God.

1. They spent three days at a base camp before setting off. This time was probably sent checking provisions, divvying responsibilities, giving final instructions, organizing, checking who had arrived, and waiting for final arrivals.

2. After checking who had arrived, Ezra discovered that there weren’t any Levites in the group. We see his leadership and initiative in his response. Instead of just saying “oh well, too bad,” he sent out messengers to call some of the Levites to join them. He was not ashamed or embarrassed to take up the responsibility of leadership and issue commands. The Levites did not choose to send some representatives on their own, so Ezra helped them out by encouraging them and motivating them. After his encouragement, 38 Levite men and 220 temple servants joined the group.

A. Application: People do not always do what they should do on their own. Sometimes they are engrained in their own habits and need a bit of a push. In Hebrews 10:24-25 we learn to encourage one another. 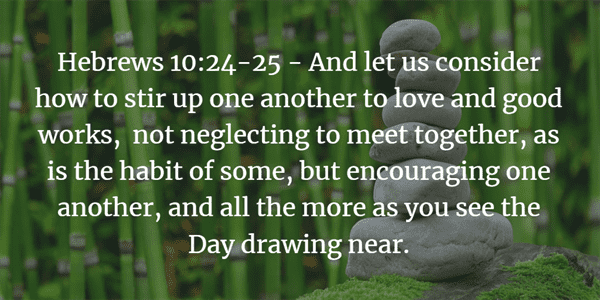 Sometimes we need to consider how we can “push” another person towards what they should be doing.

Matthew 6:16-18 – When you fast, do not look somber as the hypocrites do, for they disfigure their faces to show others they are fasting. Truly I tell you, they have received their reward in full. But when you fast, put oil on your head and wash your face, so that it will not be obvious to others that you are fasting, but only to your Father, who is unseen; and your Father, who sees what is done in secret, will reward you.

Daniel 10:3 – I ate no choice food; no meat or wine touched my lips; and I used no lotions at all until the three weeks were over.

Nehemiah 1:4 – When I heard these things, I sat down and wept. For some days I mourned and fasted and prayed before the God of heaven.

Acts 13:2 – While they were worshiping the Lord and fasting, the Holy Spirit said, “Set apart for me Barnabas and Saul for the work to which I have called them.”

1. Ezra then proclaimed a fast to seek God’s help and protection on the way. He put his trust in the right place. It wasn’t in their numbers. It wasn’t in his organization or plans. It was only in God. He knew the adversity they would be facing. This would not be an easy journey. Any long journey at that time would be dangerous. It was especially dangerous since the Jews had so many enemies and people out to get them (stirred up by Satan). This danger didn’t keep the people from obeying God and going on the journey. Instead it turned them towards God. They decided to trust and obey.

2. The purpose of this fast was to humble themselves in God’s sight. It showed their complete dependence on God above everything else. Pride goes before the fall so to achieve success they must rely on God.

3. Declaring the fast, also set a good example for the people. It is important for leaders to give a good model to those they are leading. That comes from not just teaching people what to do, but doing it yourself. Remember from chapter 7 that Ezra set his heart not only to teach God’s Word, but to practice it. By doing this before leaving, Ezra showed all the people that they should depend on God. Declaring this fast would be a much more effective way of doing this than saying, “You should depend on God.” Actions speak louder than words.

Application: How can we apply this principle? Do you fast? If not, why not? Should you? Do you pray before making decisions or before starting something new? Parents, do you live out these types of principles in front of your kids? Are you a good model?

5. God was gracious to them and listened to their requests. When we humble ourselves and sincerely seek God’s help, He will not be silent. 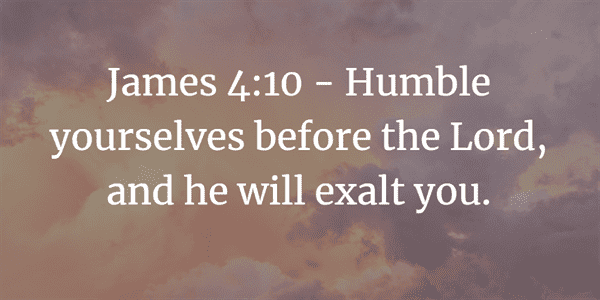 IV. Disbursement and accountability for valuables (24-30)

Galatians 6:1-2 – Brothers and sisters, if someone is caught in a sin, you who live by the Spirit should restore that person gently. But watch yourselves, or you also may be tempted. Carry each other’s burdens, and in this way you will fulfill the law of Christ.

Luke 17:3 – So watch yourselves. “If your brother or sister sins against you, rebuke them; and if they repent, forgive them.”

1. Ezra appointed a committee from among the leaders of the priests to oversee the transport of the valuables they had received prior to setting off. This is an amazing amount of treasure as it included 25 tons of silver and 4 tons of gold. It shows how amazingly rich the Persian Empire was as well as how generous the king was in supplying many of these valuables. Ezra wisely appointed a group of 12 leaders to oversee these finances. There is safety in numbers. If he appointed only one, there would be a great temptation to steal. He also listed out the items and amounts as a second safety check.

Reflect: Why did he do this?

It was for accountability. 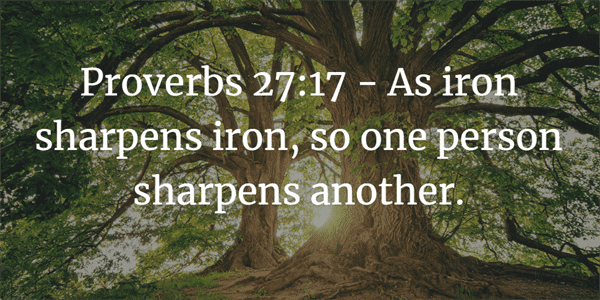 2. We can see that Ezra was exceedingly careful. This doesn’t show that he didn’t trust the people. But it is better to be safe than sorry. This was not only to protect the finances, but it also protected the people from temptation. Ezra followed the principle of being wise as a serpent and innocent as doves. He didn’t leave any opportunity that Satan could seize to corrupt the leaders or derail their mission.

Application: Do you know that more funds are embezzled by “Christian” workers than are given towards reaching the least reached peoples of the world (27%) for the gospel? Unfortunately you can hear stories from time to time of church leaders who were having personal financial difficulties who couldn’t resist dipping into church funds. Putting one person over these finances not only brings temptations, but it also can open the church to more scrutiny and accusations. If people did make an accusation about improper behavior, it would be hard to prove one’s innocence. In this situation, it is almost impossible to be above reproach. The principle here is the principle of accountability. In the secular world and in the church, it is better to have more than one person over finances. The same is true in many other areas. Examples? It is better to have more than one leader present on a youth retreat or activity. It is better to go out in pairs for doing ministry, especially when going to some ill-reputed areas like perhaps bars or red light areas. The point is to limit temptation as much as possible in every area. That requires thinking ahead of time, realizing what temptations might come up, and then making a plan to limit those temptations. Can you think of any examples where you might be able to apply this?

Deuteronomy 31:8 – The Lord himself goes before you and will be with you; he will never leave you nor forsake you. Do not be afraid; do not be discouraged.

Isaiah 41:10- So do not fear, for I am with you; do not be dismayed, for I am your God. I will strengthen you and help you; I will uphold you with my righteous right hand.

1. The people did face ambushes. They did face enemies. This is a reminder that the journey was not easy. They faced a lot of adversity and life threatening dangers. But they trusted in God and God’s hand of protection was with them. If God is with us, we truly don’t need to fear any evil. See cross-references.

1. On the fourth day after returning, the leaders who were in charge of the finances gave an account of them. Ezra wasted no time. We see again and again that he is organized and takes initiative. No good could come from waiting around. The longer the time period the more problems could arise. So Ezra had them give an account almost as soon as they arrived. Everything was transparent, honest, and above board.

2. Then they offered burnt offerings to God. This is similar to what the first group did upon arriving. They wanted to make sure everything got off on the right foot. Before setting off, they fasted to ask God’s protection. Upon arriving, they offered sacrifices to thank God for bringing them their safely. This is a simple two-step approach to every decision we make. Ask God for protection and wisdom. Thank God for His answer. Do you do both of these?

3. Then they took the king’s decrees to the appropriate parties to show what he had commanded concerning them.

Leave a Comment: What are your thoughts on this Ezra 8 Bible study? Share your observations in the comments below.